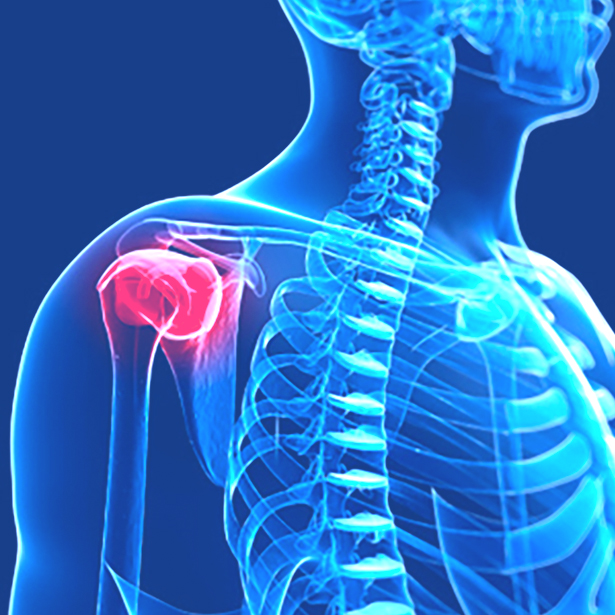 Our treatments provide pain relief for many varing conditions, including;

Rotator Cuff Tendonitis – Front shoulder pain caused by swelling of the shoulder tendons.
Tendonitis – Through repetitive overuse, over strain and aging, tendons can inflamed, which is known as tendonitis.
Impingement Syndrome – Shoulder pain when reaching overhead or behind.
Adhesive Capsulitis – Also known as Frozen Shoulder. Shoulder pain with loss of motion.

A tendon is a connection of muscle to bone. It is a smooth and strong band that assists movement of limbs through contraction of the muscles. Through repetitive overuse, over strain and ageing, tendons can become worn and weak. This can often cause a tendon to become inflamed, which is known as tendonitis.

Tendonitis is primarily caused by three things; over-use, injury or ageing. In some small number of cases, tendonitis can also be caused by diseases that attack the bones and joints in the body and indirectly cause inflammation of the tendons, such as rheumatoid arthritis or lupus.

One of the most common causes of tendonitis is overuse injury, primarily in athletes. By consistently pushing your body to its physical limits, the tendons become overused and irritated. This also occurs if a type of exercise is started and tendons that are often inactive become over active and inflamed.

Tendon problems are also common in 40-60 year olds. As the ageing process occurs, tendons lose their elasticity and become more rigid, yet the individual is often exerting the same force on their daily movements. This will also lead to tendons becoming irritated and inflamed.

On rare occasions tendonitis can be caused by anatomical factors. If a tendon does not have a natural path to guide along, it is likely to become irritated and inflamed. This can often occur when an individual experiences a growth spurt.  In these infrequent circumstances, surgery may be necessary to realign the tendon.

What are the Symptoms of Tendonitis?

Tendonitis can almost always be diagnosed after physical examination and assessment. The primary symptoms of tendonitis are

What are the Different Types of Tendonitis?

Wrist Tendonitis – Wrist tendonitis is identified as pain and swelling around the wrist, caused by inflammation to the tendon sheath. Pain relief can be experienced by rest, ice, immobilise and elevate. Surgery is rarely required.

What are the Treatments for Tendinitis?

The most important treatment for tendonitis is; Rest, Ice, Immobilise and Elevate. Tendonitis will get worse the more you use the tendon, so rest is vital.

For individuals involved in sport, it may also be beneficial to get some form of physical therapy, such as Neuromuscular Therapy or Shockwave Treatment of the affected area. These treatments can not only reduce the pain, but also help reduce the inflammation and strengthen the tendon.