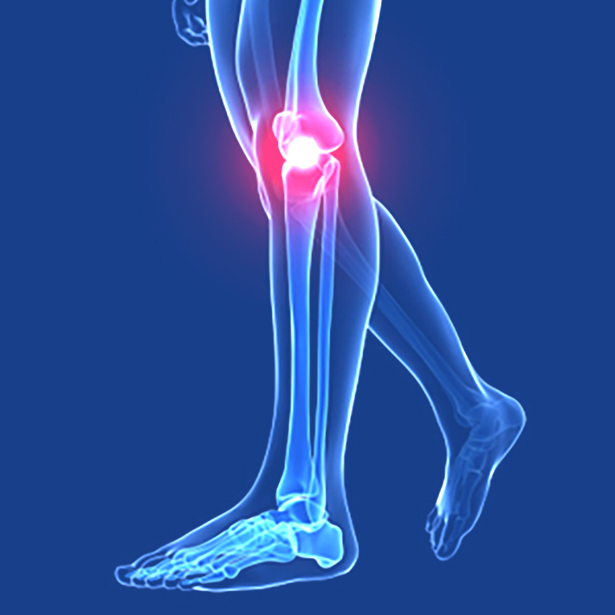 Once your chiropractor has determined the cause, he or she can implement an effective management plan that may include adjustments, physiotherapeutic modalities, such as ultrasound, and possibly orthotics or a knee brace recommendation.

A medial collateral ligament (MCL) sprain is a fancy title for a rather common injury, especially in people who play contact sports. If you ever watch football, you’ve probably seen this type of sprain. The quarterback yells, “Hut,” the wide receiver makes his way downfield, receives the pass and gets tackled from the side while his feet are still touching the ground.

Most MCL sprains occur in a similar way, when there’s an external force exerted upon the outside of the knee while the foot is planted on the ground. The initial force then moves from the outside in, so that the real damage occurs on the inner side of the knee, to the MCL. It’s similar to brick-breaking demonstrations in martial arts, where a master piles bricks, hits the pile with great force and crushes the bottom brick to pebbles while the top one remains intact.

While side tackles are a common cause of MCL sprains, the injury doesn’t only occur during athletic activity. Any simple action that twists your knee, such as landing awkwardly from a hop, skip or jump, can cause it. In either case, MCL sprains often occur in conjunction with injuries to other structures of the knee, most commonly with tears of the anterior cruciate ligament (ACL), which sits behind the knee (right behind the kneecap).

If your MCL is sprained, you may hear a popping or tearing noise and usually feel immediate pain, although in some cases it can take 30 minutes or more before the ligament becomes tender. You may also find it hard to walk and, if so, should see your healthcare practitioner immediately, as this could indicate a more serious injury. If the pain is less intense, you should still see your healthcare practitioner as soon as possible, so he or she can determine if other structures in the knee are damaged.