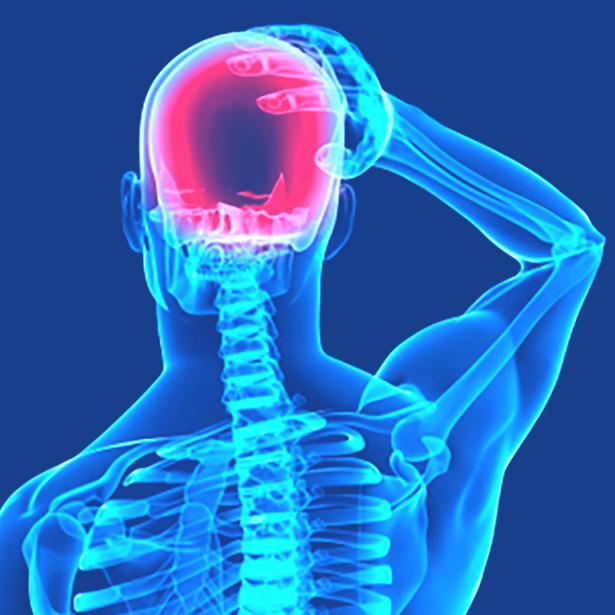 Our treatments provide pain relief for many varing conditions, including

Almost everyone has experienced some type of headache, but migraine headaches with distorted vision, also known as classic migraines, are a very specific type involving more than just pain.

The word migraine, derived from the Greek hemikrania, which means “half of the head,” refers to a throbbing pain in one side of the head that’s often accompanied by a stiff and tender neck, extreme sensitivity to light and noise, difficulty concentrating and nausea.

What are the symptoms of Migrane Headhaces with Distorted Vision?

Despite the name’s origin, the pain may also travel throughout the entire head at times. The symptoms can last as little as four hours or as long as three days, and are often followed by a postdrome (after effect) phase during which patients feel exhausted and mentally inept.

Classic migraines also involve what health-care practitioners call an aura, which is a pre-migraine period lasting between 15 and 60 minutes that involves zigzag lines or shimmering stars in the field of vision. Some patients with the condition also report having blind spots and tunnel vision (an inability to see to either side), and in rare instances report speech disturbances, confusion and odd sensations such as tingling, numbness or weakness in the arms or legs. Within an hour, the symptoms associated with the aura usually subside and the migraine headache pain develops.

All types of migraine headaches affect women more than men, by a ratio of about three to one. Genetics also plays a role, and the American Council for Headache Education reports that about 90% of people who get migraines have a family history of the condition.

What is the cause of Migrane Headaches with Distorted Vision?

Approximately 20% of people who have migraines will experience auras. Why some people get them and others don’t is still largely a mystery. In fact, researchers don’t even understand the exact cause of migraines in general. Currently, they’re focusing on the relationship between migraines and blood flow in the brain, electrical imbalances in cells and hormonal changes in the central nervous system in the hopes of uncovering the mechanism that causes the condition.

It is already known, however, that a variety of things are correlated with migraines, including emotional stress, intense physical exertion, changes in the weather, environmental pollutants, certain medications, changes in sleep patterns and foods such as dairy products, red wine and chocolate.

What are the treatments for Migrane Headaches with Distorted Vision?

Research also shows that people who get migraines, both with and without auras, have less frequent and less intense headaches after receiving proper care. If you get migraines with aura, your healthcare practitioner will investigate their nature by taking a detailed history of your condition and possibly performing a physical and neurological examination to rule out any organic causes, such as tumors.

Chiropractic adjustments and neuromuscular therapy treatments can also effectively reduce the experience of migraine headaches and provide pain relief. By decreasing tension around the body allowing for a healthier blood flow and increased oxygen to the brain, which could be a possible remedy for migraine headaches.

If you feel like you could benefit from any of our treatments or if you would like to discuss migraine headaches further, please do not hesitate to contact us to book an assessment.