Your cholesterol tells very little about your future health

Your cholesterol tells very little about your future health

Cholesterol is a peculiar molecule. It is often called a lipid or a fat. However, the chemical term for a molecule such as cholesterol is alcohol, although it doesn’t behave like alcohol. Its numerous carbon and hydrogen atoms are put together in an intricate three dimensional network, impossible to dissolve in water. All living creatures use this indissolvability cleverly, incorporating cholesterol into their cell walls to make cells waterproof. This means that cells of living creatures can regulate their internal environment undisturbed by changes in their surroundings, a mechanism vital for proper function. The fact that cells are waterproof is especially critical for the normal functioning of nerves and nerve cells. Thus, the highest concentration of cholesterol in the body is found in the brain and other parts of the nervous system. 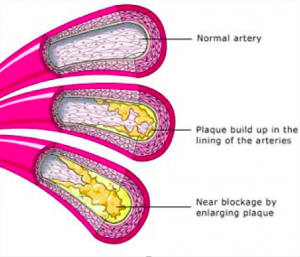 Because cholesterol is insoluble in water and thus also in blood, it is transported in our blood inside spheric particles composed of fats (lipids) and proteins, the so-called lipoproteins. Lipoproteins are easily dissolved in water because their outside is composed mainly of water-soluble proteins. The inside of the lipoproteins is composed of lipids, and here are room for water-insoluble molecules such as cholesterol. Like submarines, lipoproteins carry cholesterol from one place in the body to another.

The submarines, or lipoproteins, have various names according to their density. The best known are HDL (High Density Lipoprotein), and LDL (Low Density Lipoprotein). The main task of HDL is to carry cholesterol from the peripheral tissues, including the artery walls, to the liver. Here it is excreted with the bile, or used for other purposes, for instance as a starting point for the manufacture of important hormones. The LDL submarines mainly transport cholesterol in the opposite direction. They carry it from the liver, where most of our body’s cholesterol is produced, to the peripheral tissues, including the vascular walls. When cells need cholesterol, they call for the LDL submarines, which then deliver cholesterol into the interior of the cells. Most of the cholesterol in the blood, between 60 and 80 per cent, is transported by LDL and is called “bad” cholesterol, for reasons that I shall explain soon. Only 15-20 percent is transported by HDL and called “good” cholesterol. A small part of the circulating cholesterol is transported by other lipoproteins.

However, a risk factor is not necessarily the same as the cause. Something may provoke a heart attack and at the same time lower the HDL/LDL ratio. Many factors are known to influence this ratio.

What is good and what is bad?

People who reduce their body weight also reduce their cholesterol. In a review of 70 studies Dr. Anne Dattilo and Dr. P.M. Kris-Etherton concluded that, on average, weight reduction lowers cholesterol by about 10 per cent, depending on the degree of the reduction. Interestingly, it is only cholesterol transported by LDL that goes down; the small part transported by HDL goes up. In other words, weight reduction increases the ratio between HDL- and LDL-cholesterol (1). An increase of the HDL/LDL ratio is called ”favorable” by the diet-heart supporters; cholesterol is changed from ”bad” to ”good”. But is it the ratio or the weight reduction that is favorable? When we become fat, other harmful things occur to us. One is that our cells become less sensitive to insulin, so that some of us develop diabetes. And people with diabetes are much more likely to have a heart attack than people without diabetes, because atherosclerosis and other vascular damage occur very early in diabetics, even in those without lipid abnormalities. In other words, overweight may increase the risk of a heart attack by mechanisms other than an unfavorable lipid pattern, while at the same time overweight lowers the HDL/LDL ratio.

Also smoking increases cholesterol a little. Again, it is LDL-cholesterol that increases, while HDL-cholesterol goes down, resulting in an ”unfavorable” HDL/LDL ratio (2). What is certainly unfavorable is the chronic exposure to the fumes from burning paper and tobacco leaves. Instead of considering the low HDL/LDL ratio as bad it could simply be smoking itself that is bad. Smoking may provoke a heart attack and, at the same time, lower the HDL/LDL ratio.

Exercise decreases the bad LDL-cholesterol and increases the ”good” HDL-cholesterol (3). In well-trained individuals the ”good” HDL is increased considerably. In a comparison between distance runners and sedentary individuals, Dr. Paul D. Thompson and his colleagues found that the athletes on average had a 41 per cent higher HDL-cholesterol level(4). Most population studies have shown that physical exercise is associated with a lower risk of coronary heart disease, and a sedentary life with a higher risk. It also seems plausible that a well-trained heart is better guarded against obstruction of the coronary vessels than a heart always working at low speed. A sedentary life may predispose people to a heart attack and, at the same time, lower the HDL/LDL ratio.

A low ratio is also associated with high blood pressure (5). Most probably, the hypertensive effect is created by the sympathetic nerve system, which is often overstimulated in hypertensive patients. Hypertension (or too much adrenalin) may provoke a heart attack, for instance by inducing spasm of the coronary arteries or by stimulating the arterial muscle cells to proliferate, and, at the same time, lower the HDL/LDL ratio.

As you see, it is not easy to know what is bad. Is it bad to be fat, to smoke, to be inactive, to have high blood pressure, or to be stressed? Or is it bad to have a lot of bad cholesterol? Or both? Is it good to be slim, to stop smoking, to exercise, to have normal blood pressure, to be emotionally calm? Or is it good to have much ”good” cholesterol? Or both? Thus, the risk of having a heart attack is greater than normal for people with high LDL-cholesterol, but so is the risk for fat, sedentary, smoking, hypertensive and mentally stressed individuals. And since such individuals usually have elevated levels of LDL-cholesterol, it is, of course impossible to know whether the increased risk is due to the previously mentioned risk factors (or to risk factors we do not yet know) or to the high LDL-cholesterol. A calculation of the risk of high LDL-cholesterol that ignores other risk factors is called a univariate analysis and is, of course, meaningless.

Using complicated statistical formulas, it is possible to do such comparisons in a population of individuals with varying degrees of the risk factors and varying levels of LDL-cholesterol, a so-called multivariate analysis. If a multivariate analysis of the prognostic value of LDL cholesterol also takes body weight into consideration, it is said to be ”adjusted for body weight”. A major problem with such calculations is that the data generated by these and other complicated statistical methods are almost impossible for most readers, including most physicians, to comprehend. For many years researchers in this area have not presented primary data, simple means, or simple correlations. Instead, their papers have been salted with meaningless ratios, relative risks, p-values, not to mention obscure concepts such as the standardized logistic regression coefficient, or the pooled hazard rate ratio. Instead of being an aid to science, statistics are used to impress the reader and cover the fact that the scientific findings are trivial and without practical importance.